Problems of over centralization 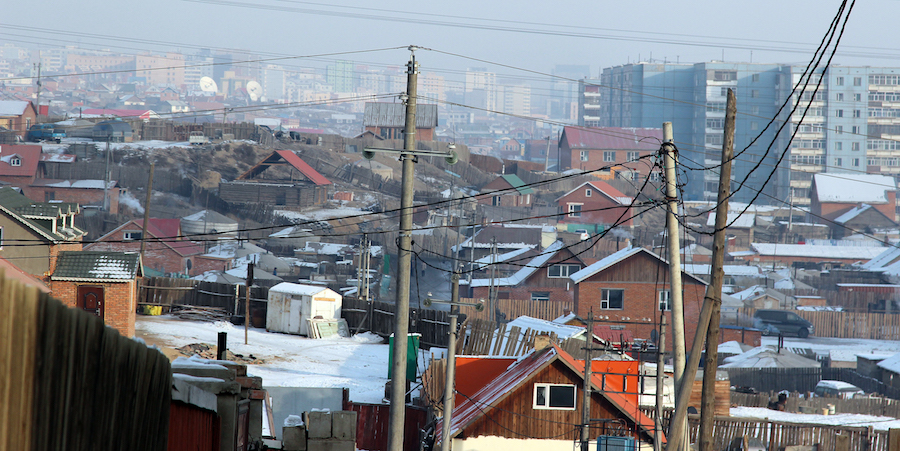 Mongolia is the 19th biggest country in the world, in terms of territory, with over 1.5 million square km of land, which means only 1.76 people live in one square km area on average. Although the country is sparsely populated in the countryside, it is densely populated in the capital. The gross area of Ulaanbaatar accounts for only 0.3 percent of the national territory, but nearly half of the total population is concentrated in the city. Three hundred people live in one square km area in Ulaanbaatar. As of January this year, the population of Ulaanbaatar was 1.38 million. This is 45.1 percent of the population of Mongolia. The population in the capital has been increasing year by year due to the increase of birth rate and the steady rise of migration from the countryside to Ulaanbaatar. Mongolian herdsmen are those who keep the traditional nomadic lifestyle with its cultural heritage and it’s an irremovable part of this country. If the migration to the city carries on constantly the number of herdsmen will keep decreasing. Since 1990, 590,000 people migrated from the countryside to the capital, and over 120,000 people moved to rural areas from the city. Accordingly, there will be a need to build new schools and kindergartens despite of the fact that it is still not enough. This over-centralization causes many problems. First of all, the population growth causes excessive traffic congestion in urban area of Ulaanbaatar and increases the number of ger districts. There are approximately 460,000 vehicles used for more than 10 years and around 202,000 ger area families in Ulaanbaatar, which are the biggest factors of air hazardous level of air pollution. Air pollution is one of the most serious environmental problems confronting our society today, if not the greatest. In Ulaanbaatar’s case, air pollution is caused by human activities such as coal burning, mining, construction, transportation, and industrial work. The amount of dust particulate levels in the air are four times higher than the World Health Organization (WHO)’s target for developing countries, and 14 times higher than WHO’s global guidelines. Air pollution has terrible effects on the health of citizens, especially children and pregnant mothers. According to a research by Kirk R. Smith, an expert on the health and climate effects of household energy use in developing nations and was recognized by the joint award of the 2007 Nobel Peace Prize, air pollution has direct impact on delivery complications, miscarriage, maternal mortality, intracranial pressure andchronic diseases of lung and heart. “Children who are born in air polluted cities have slower brain processing speeds and irretentive memory,” Smith says. Infant mortality rate in Mongolia was 486 in 2012 and has increased constantly and reached 611 in 2016. There also other risks that many to over centralization such as vulnerability to natural disasters such as wildfires, and less commonly, earthquakes. Mongolia has experienced four major earthquakes (Ms>8) and many more moderate earthquakes (Ms 5.3-7.5) in this century. According to the information given by D.Saruul , Hiroshi Kawase and Narenmandula Ho at the 13th World Conference on Earthquake Engineering in Vancouver, Canada, the extremely thin population distribution of Mongolia has contributed to a low impact from the seismic activities of the past. However, because of its shared importance as the political, economic, and population center of the nation, Ulaanbaatar could face a considerable earthquake risk. Ulaanbaatar is the junction point of all the country’s major roads, railway and air service. As the city is situated on the fluvial sediments of the Tuul River, it is susceptible to risks from earthquakes. The majority of existing pre-80`s housing structures are reasonably well built. However, because of the lack of maintenance and the ongoing alterations in their structures, these buildings could pose a serious threat to public safety in the event of an earthquake. Another factor influencing over centralization is that Ulaanbaatar is the economic and educational hub of the national. Some 64.3 percent of the total population of the capital city is under 35 years of age, which is directly linked to the number of higher learning institutes. Currently, Mongolia has 95 universities and colleges nationwide (17 state universities and 74 private universities). Some 143,684 students out of the total 157,138 are living in Ulaanbaatar due to 87 universities in the capital city. If most of the bigger universities move to rural areas with their campuses, Ulaanbaatar could potentially have its clear blue sky back and experience less traffic jams. Furthermore, this centralization of institutes contributes to the development of infrastructure and workplaces in the countryside. In order to eliminate most of the problems related to over centralization, it is vital for the government to work together with citizens. If the government supports projects to develop rural settlements instead of spending on unsuccessful projects to decrease the air pollution, more and more people might realize there are better living opportunities available than that offered by the capital. Moreover, every province and soum should formulate a plan to attract young and educated people through good job opportunities and clean living environment. This way, Ulaanbaatar’s problems related to over centralization can be gradually and sustainably resolved, bringing back the “eternal blue sky” Mongolia was so famous for.
SHARE
Share on Facebook
Tweet on Twitter
Previous article DP’s internal strife intensify
Next article L.﻿Oyun-Erdene: The previous Prime Minister’s strategies will be continued, petrol processing plant and Tavan Tolgoi’s railway must be finished