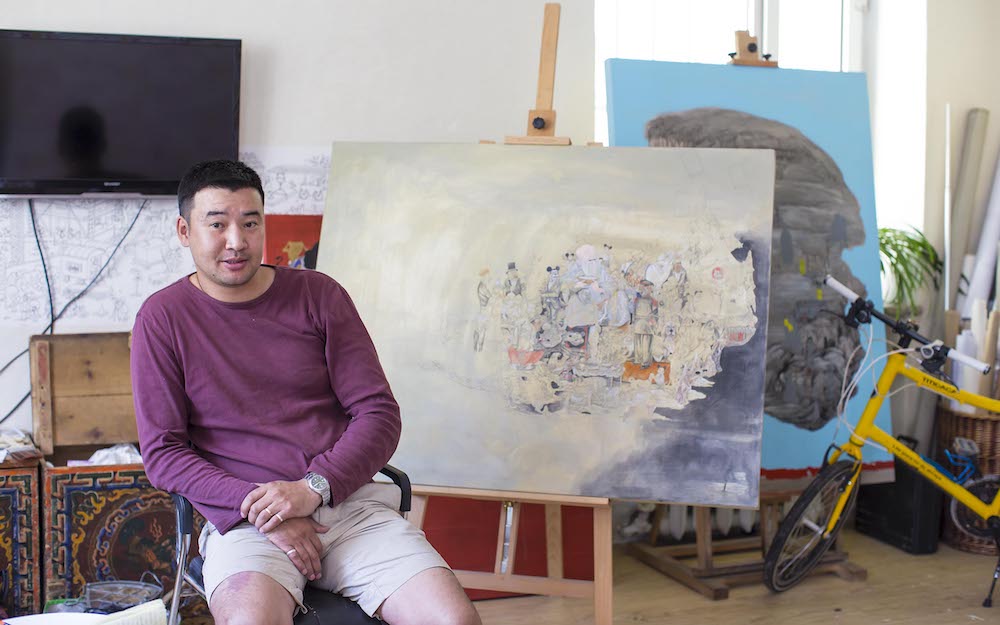 Protocollum - Global Perspective on Visual Vocabulary, an annual publication that includes artists from all around the world, highlighted Artist B.Baatarzorig in its issue No.18. Safia Dickersbach, a German woman who has shaken up the art publishing scene with Protocollum, empowers artists to become their own curators. She dropped out of finance school in London and moved to Berlin in the 1990s, where she’s worked in the arts field ever since. Her Berlin-based Dickersbach Kunstverlag publishes books, monographs and catalogs by artists from countries outside traditional Western art history. She said, “I financed the first, second and third issues because I don’t want to be an African begging for money from the West, when we’re saying we’re all about the non-West. Now that the third issue of Protocollum has been published, the structure and the concept of our project are firm enough that third-party funding will not influence the direction in which we want to continue.” Dickersbach also noted, “Artists are free to do whatever they want. They decide what they contribute. I’ve been accused as an editor of not having my own opinion. The fact that I give people freedom, respect and space is already an opinion. At Protocollum, we refrain from curatorial intervention and let the artists decide the content.” B.Baatarzorig works in the highly distinctive Mongol Zurag style, focusing on the ideology of tradition and reform, politics and ecology in the time of past, present and future. His artworks were displayed at many international exhibitions in the USA, Korea, France, China, German, Australia and England. In 2015, he took part in the eighth Asia Pacific Triennial of Contemporary Art, which is the only exhibition series of the 160 biennials and triennials currently staged worldwide to focus on the contemporary art of Asia, Australia and the Pacific. Moreover, all B.Baatarzorig’s paintings were sold out before the grand opening of the exhibition at Jack Bell gallery in London last year.
SHARE
Share on Facebook
Tweet on Twitter
Previous article Bedridden: Story of misunderstanding
Next article Bringing postdramatic theater to Mongolia