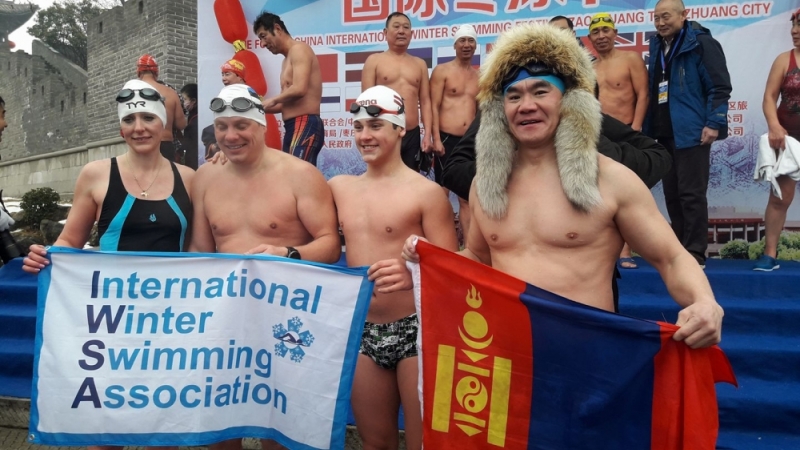 The Zhaozuang Winter Swimming Championships concluded on January 7 in Jinan, Shangdong, China. Sh.Davaadorj of Mongolia competed in the 50-meter butterfly and 4x50 meter medley relay. This 49-years-old swimmer belongs to Dornyn chono club and took a gold and silver medal from Winter Swimming World Cup. He has been swimming and training in bodybuilding for over 30 years. Well-known swimmers from all over the world gathered in Jinan to enjoy the winter swimming in springs. Some 400 swimmers from 10 countries including Mongolia, Russia, Austria, Estonia, the USA, the Czech Republic and China took part in this event, and 60 teams competed in the international mixed team competition this year. Swimmer Sh.Davaadorj has claimed 24 gold, 11 silver and six bronze medals from International Open Championships and Winter Swimming World Cup. He is a two-time winner of the World Cup. Sh.Davaadorj will return to Mongolia at the end of January after participating in two other tournaments. The swimmer has been training hard to win the Winter Swimming World Cup, which will be held on January 17 in Hungary.
SHARE
Share on Facebook
Tweet on Twitter
Previous article Ts.Tsedev-Ochir: We will never give up
Next article Ex-Olympian Gan-Erdene inks Promotional pact