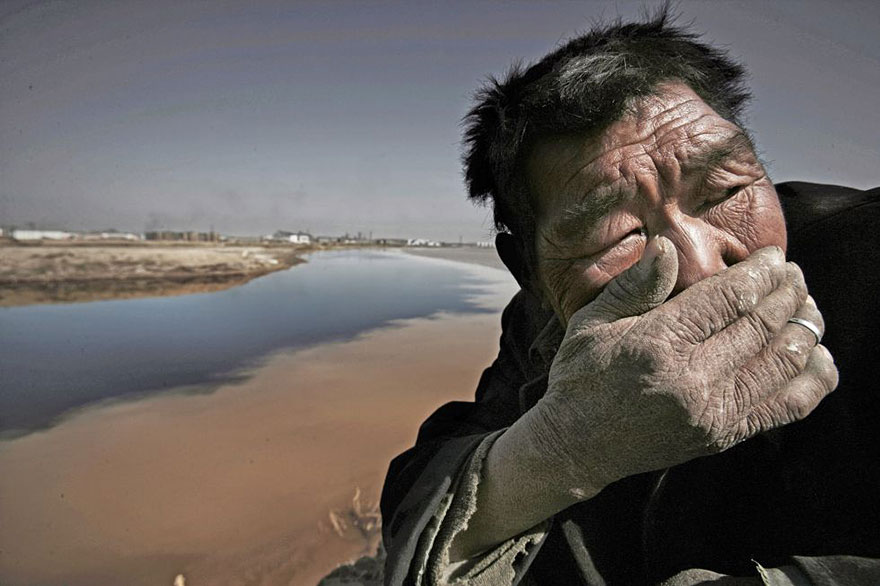 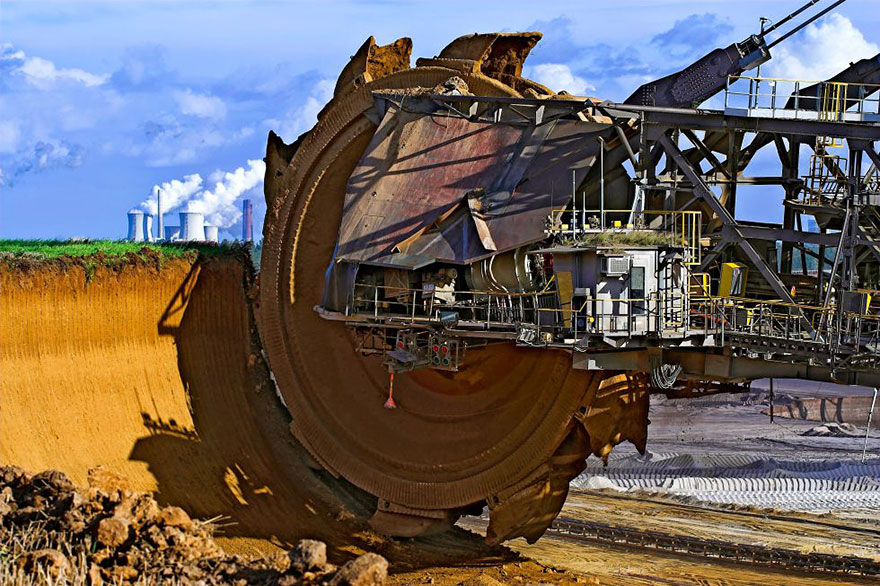 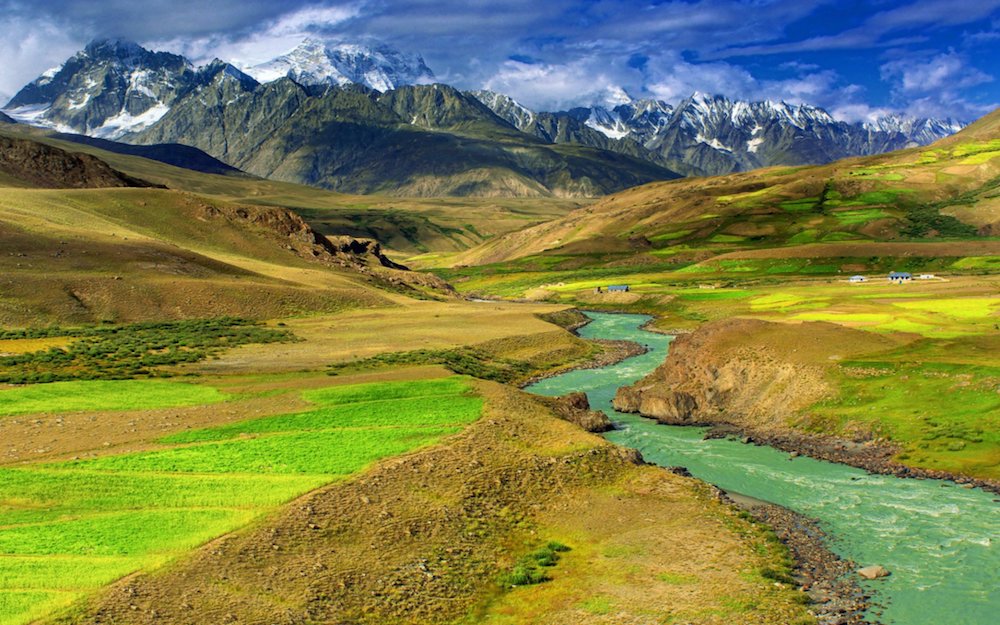 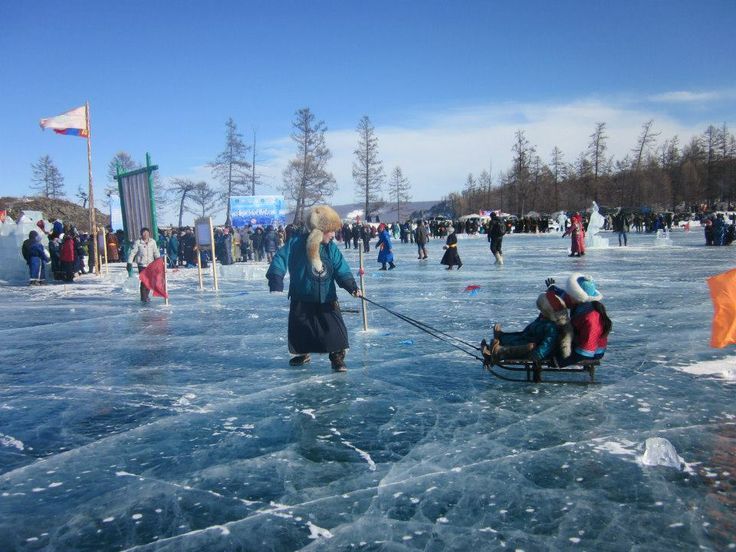 Tourism has the potential to become the main driver of the economy, and Mongolians should pay more attention to developing the industry instead of digging up resources underground to sell it to China and elsewhere. In recent years, mining has been playing in a critical role in the national economy of Mongolia. More than 80 percent of Mongolia’s exports were mineral products last year. This proportion is expected to rise in a few years’ time to 95 percent. Mongolia attracts mining geologists and investors due to its known riches and unexplored potential — for copper, coal, gold, silver, uranium, molybdenum. Some 3,476 mining licenses were issued by 2017, according to the statistics. The Oyu Tolgoi copper and gold mine is the biggest foreign-invested project in Mongolia with its initial and second phase investment amounting to well above 10 billion USD. The mine is expected to become the world's third-largest copper operation at peak production in 2025, with an output of over 550,000 tons per year. It is also expected to comprise a large portion of the country’s economy, well over a quarter.

Although the income from mining is increasing with the underground phase of the Oyu Tolgoi project’s in progress, the developments and riches coming into the nation has not reached the large majority of the population, only going to those in the mining sector and industries that complement it. The International Monetary Fund data shows that the economy only grew one percent in 2016, a sharp drop since the 17.5 percent growth in 2011. This was mainly caused by vulnerability to external factors such as global commodity prices. To prevent future volatility, the country needs good policies and laws that bring long-term profit and business opportunity, not one-time cash handouts and short-term welfare. For instance, after pledges made during the 2008 elections, every Mongolian, rich and poor, received 21,000 MNT in cash handouts for many months, which left the country hungry for more while inflation rates soared giving additional burden to the most vulnerable groups in the country. Mongolians shouldn’t forget that every economic sector has been receiving foreign loans to some degree and foreign debt has reached as much as 26.2 billion USD as of the third quarter of 2017, according to Mongol Bank. So far, the public is critical of the benefits mining has brought the nation, becoming increasingly frustrated by the lackluster reach of the country’s development. Herders who rely on the land are increasingly growing hostile to mining development in their area as it drains local water reserves and leaves the environment degraded. Umnugovi is a prime example of this issue, where the major mining developments such as Oyu Tolgoi and Tavan Tolgoi are located. The few water reserves available in the area have become depleted and pollution caused by mass transport of mineral goods have severely degraded the grazing land. Due to these issues related to mining, Mongolians are becoming disenchanted with the prospects offered by the extractive industry and are increasing looking to other industries to drive the economy. Many are pointing to tourism as Mongolia’s salvation towards diversifying away from mining. Today, tourism is a major source of income for many countries. In 2017, a total 542,989 foreign visitors came to Mongolia, with 471,239 coming for tourism purposes. The number of foreign visitors in Mongolia had increased by 71,750 (13.21 percent) in 2017 compared to 2016, and the number of tourists increased by 66,938 (14.21 percent). Currently, the Mongolian tourism is said to be worth at least 400 million USD. The number of tourists has been fluctuating in recent years, but incremental improvements have been observed. This sluggish growth is nothing compared to the vast potential offered by Mongolia’s abundant natural attractions. There are many beautiful sceneries and historic landmarks in every province, but tourists have been visiting only a few provinces – mainly Tuv, Uvurkhangai, Arkhangai, Umnugovi and Khuvsgul provinces. It is also important to note that tourists only head to Mongolia during summer, which means tourism companies struggle to sustain operations during colder months. According to latest data, there are around 200 tourism companies actively operating out of 713 registered entities. Over 50,000 people are said to work in the tourism industry of Mongolia. When discussing the development of tourism, the service industry is of vital importance. Services of taxi companies, hotels, malls, roads, sanitary requirements, safety, and the management of wastes all around the country need to be improved and made friendly to foreign visitors in order to attract and convince them to come back. Furthermore, winter tourism might be a key economic factor for boosting tourism in general throughout the year as Mongolia’s four seasons offer the potential for drastic growth in outdoor winter sports. “If we want to try sustainable tourism, we need to have income coming in during all four seasons,” said, the former head of the Department of Tourism Policy Implementation and Coordination at the Ministry of Sports, Culture and Tourism. In an attempt to increase tourists coming into the country during winter, Mongolia has been boosting efforts to develop winter attractions in recent years. The following festivals have been planned during the colder months to attract tourists. WINTER HORSE OF MONGOLIA Location: Khentii Province, Eastern Mongolia Dates: Held annually in November The Mongol horse is an irremovable part of the national identity. The Winter Horse Festival of Mongolia attracts travelers, adventurers, explorers, photographers, riders and horse lovers because it is a great chance to see the skills of Mongolian riders and trainers. The festival is organized annually in Chingis Khaan’s homeland in Khentii Province. TSAGAAN SAR - LUNAR NEW YEAR Location: Throughout the country Dates: February 16, 2018 (changes every year) The Mongolian Tsagaan Sar, the lunar new year, takes place at the beginning of spring and is one of the biggest annual celebrations in Mongolia. Every family celebrates the festival throughout the country. SILVER REEDS WINTER FESTIVAL Location: Khovd province, Western Mongolia Dates: From February 24 to 25, 2018 The Silver Reeds Winter Festival is one of the biggest winter events of Mongolia initiated by World Wildlife Fund and is held biennially in Khovd Province, western Mongolia. It has been organized by locals under the purpose of promoting diverse ethnical cultures, old traditions, and winter sports games and developing winter tourism. ICE AND SNOW FESTIVAL

Location: Lake Khuvsgul, Northern Mongolia Dates: From March 2 to 3, 2018 Since 2002, the Ice and Snow Festival have been held every March featuring ice skating, horse sleighing race, ice sumo, traditional winter games and competitions on the frozen lake Khuvsgul in the northern part of Mongolia, organized by the local tourism community. GOLDEN EAGLE FESTIVAL Location: Ulaanbaatar Dates: March 5, 2018 The Kazakh people from Bayan-Ulgii Province (90 percent of the province’s population) play a big role in the festival along with their golden eagles, which are used to hunt for small prey. The festival has been celebrated since 2000. Each year the numbers of eagle hunters participating in the festival increase along with travelers and photographers who come from around the globe to witness the event. TSAATAN FESTIVAL NEAR LAKE KHUVSGUL, TAIGA Location: Khatgal soum, Khuvsgul Province Dates: From October 3 to 10, 2018 The northern part of Mongolia is a mostly mountainous region with dense forests, pure rivers and lakes, and is known as the home of the Tsaatan (Reindeer people) and shamans. The Mongolian winter is a paradise for the right traveler. There is plenty of opportunities for tobogganing, snow tubing, hockey, skating, curling, dog sledding, ice fishing, horseback riding, sleighing, downhill skiing, winter festivals, snowmobiling, cross-country skiing, hiking, snowboarding, snowshoeing, and heli-skiing. Add to that some good music, mineral thermal springs, and spa to complete the picture. In other words, the right combination of nature and modern sports facilities will no doubt attract thousands, if not millions, of visitors every year. The sublime and untouched beauty of the Mongolian winter also offers an unparalleled opportunity for a meditation tour where travelers experience a refreshing winter breeze and rediscover themselves. So the question is: Mining or tourism? Comments of tourists who visited Mongolia clear all doubts.

“Between stuffing ourselves with yummy Mongolian food at mealtimes, hiking through the surrounding hills and frozen river during the day, and cozying together in our stove-heated ger at night, I’d say we had found a special version of paradise.“ You will see how beautiful the Mongolian winter is when traveling through snow-covered hills, wide open steppes, forested mountains and sand dunes in cooling fresh air. Even with the dry climate, there was a light dusting of snow which made the rolling Mongolian hills even more beautiful. They looked like they were made of folds of velvet!” said Silvia, a tourist from Worcester, MA, USA.
SHARE
Share on Facebook
Tweet on Twitter
Previous article DP’s internal strife intensify
Next article L.﻿Oyun-Erdene: The previous Prime Minister’s strategies will be continued, petrol processing plant and Tavan Tolgoi’s railway must be finished