During the e-press conference of the Ulaanbaatar Emergency Commission on March 30, Head of the Disaster Prevention Center of the National Emergency Management Agency G.Nergui said, “During the last three days, 22 people of seven homes experienced smoke inhalation and contacted the medical organization. Currently, one of them is being treated at the State Central Hospital. As prevention against smoke inhalation, smoke detectors are being distributed to households in ger areas that use coal briquettes to heat their home. Between March 27 and 29, 57,105 smoke detectors were distributed and the completion rate was 87.9 percent. By April 20, smoke detectors will be distributed to all households in ger areas, including 200,000 homes.”

He highlighted that distribution is taking longer than expected due to restriction on importation from China.

Head of Air Quality Control Division of the Ulaanbaatar Professional Inspection Department N.Shine-Orgil said, “According to the government’s Decision No.62, raw coal usage was banned in the city. Officials are working at eight entry points of the city. A total of 35,951 vehicles were inspected and 272,300 tons of raw coal transported by 11 vehicles was registered.”

In connection with the usage of coal briquettes in the city, related officials have been working on high readiness to monitor supply, sale and usage of improved fuel and to prevent risks between October 1, 2019 and April 1, 2020. 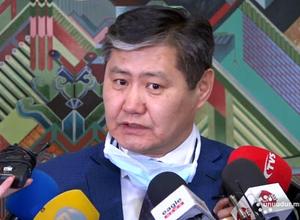 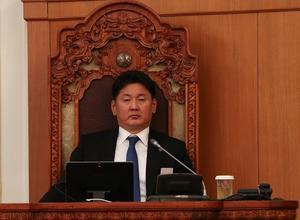