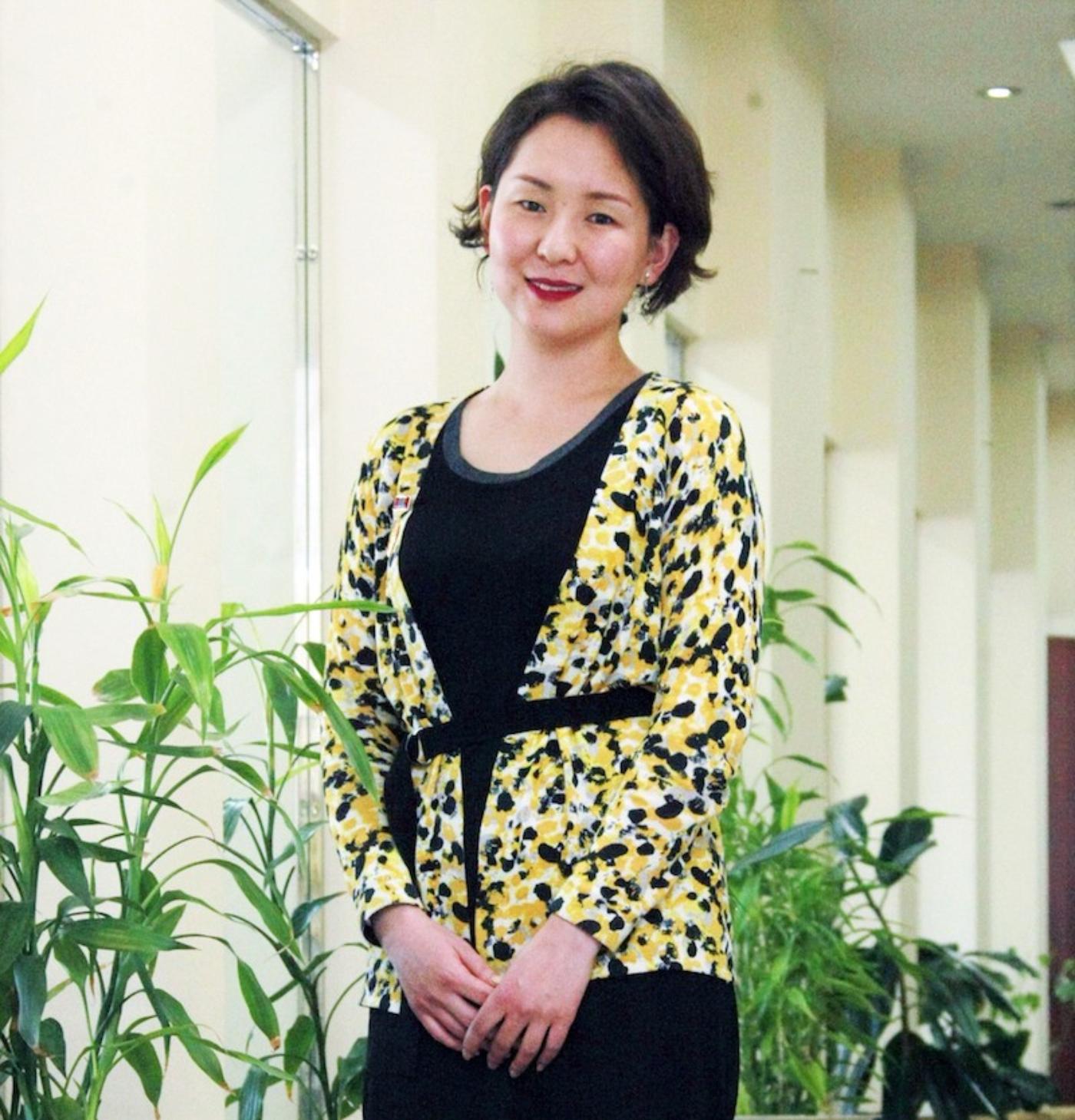 T.Batchimeg: People have thousands of reasons to give up but a single road forward 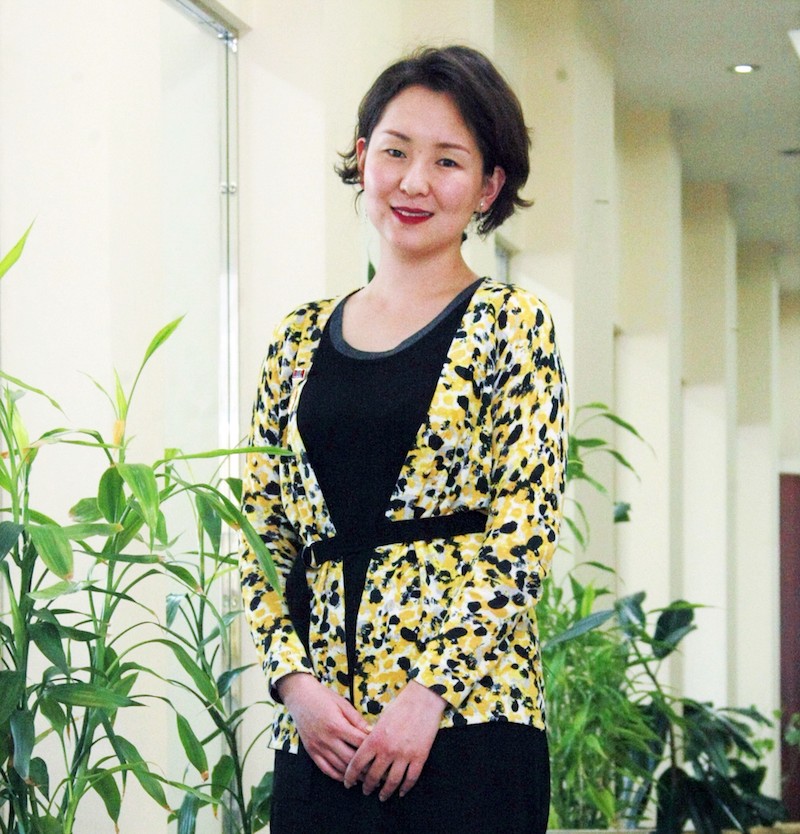 IDE (Federation Internationale des Echecs) Woman Grandmaster (WGM) and International Master (IM) T.Batchimeg received the title State Honored Athlete last Wednesday, becoming the fifth Mongolian chess player to receive this title. T.Batchimeg made an early debut in the chess world as she was born into a family of multi-generation of professional chess players. She started playing chess from the age of six and now she’s a member of Suld Sports Committee and Mon Chess Club. T.Batchimeg earned her first title, World Chess Federation Master, in 2002; became a FIDE Woman International Master in 2006; and advanced to Woman Grandmaster (WGM) in 2009. After successful participations in several FIDE Grand Prix, she gained her IM title for both male and female chess players in 2014. Her next target is the Grandmaster (GM) title, which is afforded to both men and women, and is harder to achieve than the women-only WGM title. She spoke about her career and experience in the chess world in the interview below. What was it like to receive the State Honored Athlete title? Was it as exhilarating as winning against a tough opponent or qualifying for a new chess title?

People can compete against one another in chess regardless of their age and gender, as long as they have adequate skills.

I feel relieved and calm when I win a medal from a competition. It’s the most wonderful moment for an athlete. But I felt more responsible receiving the State Honored Athlete title. I was given this title very suddenly, but I’d like to think of it as a reward for my 20 years of effort. I think I received this award at a relatively young age compared to some people. The state title is an encouragement for me that will motivate me to strive harder in promoting Mongolia to the world. My desire to amaze the whole world through Mongolians’ intellectual ability has flared up. People can compete against one another in chess regardless of their age and gender, as long as they have adequate skills. When did you first compete in an adult tournament? I first entered an adult tournament in 1995, when I was eight years and 11 months old. I was Mongolia’s youngest participant of the State Adult Championship back then, and still am. No one younger has participated since then. In 1995, I entered the championship with two older ladies. Since I was still young, I nearly dozed off from exhaustion, but still managed to take down several chess masters. You’re from a family of professional chess players. How long has your family been playing chess? I’m a fifth-generation chess player of my family. Three generations before my father are known to have been professional chess players. Six of my relatives have state champion titles. My uncle, N.Tumurkhuyag, is an IM and uncle N.Turbat is a sports master. My relatives, N.Tursanaa and N.Tungalag, both have FIDE Master and state champion titles. My older sister, T.Battsetseg, is a three-time state champion and an IM. However, I’m the only one in my family playing chess professionally. My nephew, E.Tugstumur, is training to become the next generation. He has already built a reputation for himself. He has even won a silver medal from the World Junior Championships. I’m very proud to be part of this family. It’s a rare fate to be born into a family with multi-generation of successful chess players. Did you learn chess from your father? My father is my very first mentor. My parents started focusing on their children’s education from an early age. At the age of nine, I became a student of Ts.Batsaikhan, current owner of Mon Chess Club. I’ve made it so far thanks to this person. Chess tests players’ patience. Regularly playing chess is especially hard for young children and teenagers. Have you ever fell into a slump?

I’ve endured many hardships, overcame many obstacles, and sacrificed a lot to get this far.

People have thousands of reasons to give up on their goal, but only a single road to move forward. I was particularly uncertain on whether I should continue playing chess during my teen years. As you know, girls change their dreams like changing clothes. After finishing high school, I contemplated about my future and decided to study biotechnology in the USA. Even though I had slightly strayed away from chess back then, it was the best decision of my life. I still continued to play chess and practice new strategies while studying in the USA because my mentor praised that I had the skills and talent to become an internationally recognized chess player with a little bit more training. The five years I spent in the USA was the busiest time of my life. I worked part-time besides studying and playing chess. I slept only few hours a day. I hardly had time to hang out with friends, but I got to understand the value of money, importance of family, love and support, and came to learn the result of hard work though that experience. I recently met with my mentor after receiving the State Honored Athlete title. While reminiscing on the past, I realized that I’ve endured many hardships, overcame many obstacles, and sacrificed a lot to get this far. While studying in the USA, didn’t you cause quite the sensation by beating many formidable players in 2006? In 2006, I competed in the U.S. Chess Championship and defeated three GMs. The media was full of articles about a 20-year-old Mongolian girl taking down GMs. I also won the Susan Polgar World Open Championship in the same year. Hard work really pays off. Why did you return to Mongolia? Didn’t you have opportunities to stay in the USA where chess is well developed as a sport? I was offered to join the national chess team of the USA before returning to Mongolia in late 2008. Opportunities to live in a developed country while competing in world chess tournaments with a team of GMs don’t come often. But I gave up on it to  return to my home country. It was because I wanted to sharpen my own skills and represent Mongolia in major world competitions. Had I joined the USA team, I would’ve probably received a much higher salary and won much more medals by now. But home countries have an important place in athletes’ hearts. Now that I think about it, I always choose the harder path whenever I was stuck between two options. They are always right. Money isn’t my life goal. You can attain money as long as you endeavor. Certainly, it costs to take part in international competitions, but many people help me out, including Suld Sports Committee members, Mon Chess Club member B.Ganbold, former president of the Mongolian Chess Federation G.Zandanshatar, the Ministry of Health and Sports, Physical Education and Sports Development Center, my mentor, family members, and the Mongolian national chess team. My mentor always reminds me to become a good person before becoming a good athlete. I always try to be respectful to my parents, relatives and friends and live a good life. Chess is the same as life. Everything that happens in real life can happen on a chess board. If you make a mistake, you can fix it. It’s common for a chess player to ultimately lose despite winning previous rounds.

My mentor always reminds me to become a good person before becoming a good athlete. I always  try to be respectful to my parents, relatives and friends and live a good life. Chess is the same as life. Everything that happens in real life can happen on a chess board. If you make a mistake, you can fix it. It’s common for a chess player to ultimately lose despite winning previous rounds.

You’ve gotten the highest title for female chess players, WGM. Now, you’re striving to earn the GM title. You’ve already completed your first norm for the title. What will you do for your next norm? Intellectual achievements of men and women are different. Men’s are slightly higher. I want to reach their level. My biggest achievement was earning a GM norm from the FIDE Women's Grand Prix 2014 in Sharjah, United Arab Emirates. I am the first Mongolian female chess player to achieve this norm. I’m trying to achieve my next norm as soon as possible. Building mental toughness is crucial for mental sports athletes. How mentally strong do you consider yourself? I have none. I can’t afford a personal psychologist and I’ve never actually looked for one. My mentor is like my psychologist. All GMs have personal psychologists. Although chess players don’t get physically injured like other athletes, chess can damage our nervous system since we have to play chess with high concentration and consider countless moves ahead. This makes chess a very difficult and risky sport. It’s necessary to do other sports and rest our mind because we unintentionally think about chess strategies and moves even if we’re not playing chess at that moment. I enjoy jogging. I also try to do yoga every day. You must have met many famous chess players. What’s the secret of their success? I would say logic, concentration skills, and patience. From my observation of WGMs, they are more emotional than men and show various emotions near the end of a match. It often gets in the way of their victory. Men are relatively calmer and it’s harder to guess what they are thinking. It’s said that the past is a lesson, the present is an opportunity, and the future is a gift. Everyone tries to effectively use today’s opportunities for future gifts. What opportunities do you have now?

I will also compete in the World Chess Olympiad in September. People create their own opportunities. What you do today is what counts.

Firstly, I will participate with my team in the Asian Nations Cup 2016 Open, which will start in a few days (started on March 27). I want to use this opportunity and bring another success to my list of achievements. I will also compete in the World Chess Olympiad in September. People create their own opportunities. What you do today is what counts.The future will depend on your efforts. Most people judge me by the present me. They don’t know who I was in the past or what I did. It can be said that I’m now only two steps away from reaching the peak of my sports career - gaining the GM title and becoming a Chess Olympiad champion. You need to climb tons to tiny hills to reach the top. I don’t know how long it’ll be until I reach the top.
SHARE
Share on Facebook
Tweet on Twitter
Previous article Ts.Tsedev-Ochir: We will never give up
Next article Ex-Olympian Gan-Erdene inks Promotional pact