An emotional damage or distress may be a new concept for Mongolians. The country currently hasn’t got a detailed set of legal regulation for compensating for emotional damages.

Emotional damages are situations in which a person suffers from psychological trauma due to another person or entity’s unintentional or intentional actions, experts say. Psychologists and lawyers explained that emotional damages can be the mental repercussions of physical wounds such as a brain trauma that leads to amnesia, insecurities caused by permanent scars, or physical reactions that stem from emotionally charged scenarios.

By international standards, in a scenario where the plaintiff received physical harm and wants to pursue financial recovery for emotional damages, this is entitlement stemming from “general damages” or “pain and suffering” under a personal injury case.

However, in a scenario where the plaintiff is not injured in the incident but receives emotional trauma, he or she can pursue a case for “infliction of emotional distress.”

Dr. S.Narangerel said, “Damage is classified as tangible or intangible, as it is a violation of the subject’s individual and property rights. Intangible damage includes loss of life, disruption of human health, and defamation of human dignity, reputation and business reputation.”

Emotional distress can damage the mind and cause physical harm in the long run. Therefore, it is studied separately from physical damage.

The Constitution of Mongolia defines and protects people’s privacy, health, honor and dignity as an integral part of fundamental human rights and freedoms. One of the important goals of the rule of law is to restore the violated rights of citizens as quickly and fairly as possible, and to develop and implement a mechanism for compensating for damages.

However, the Civil Code of Mongolia addresses this issue in broad context. In addition to non-pecuniary damage to human dignity, reputation and business reputation, it is unclear how to assess and account for the emotional damage caused to human life and the disruption of human health. For instance, the law does not provide for the right to claim compensation from others, so in addition to material damage, the right to compensation for emotional damage is limited.

Moreover, a survey conducted by the Mongolian Open Society NGO found that lawsuits related to emotional damage were limited to Article 511.1 on defamation of the Civil Code. In some cases, the court found that the defendant’s reputation and business reputation had been infringed, but it ruled that the person had not been harmed emotionally.

Researcher of National Legal Institute of Mongolia O.Turbold said, “In Mongolia, there is no legal definition of emotional damage and no methodology for evaluating it. In other words, the concept of emotional distress has been left out of the current legal practice.”

The Civil Code stipulates that non-material damage means all intangible damage. In particular, the law includes physical and emotional damage, as well as the loss of joy in life and the nervous load caused by severe surgery as non-material damage.

In addition to the Civil Code, the Criminal Code and Law on Property Valuation fully address property damage but fails to provide appropriate assessment of non-pecuniary damage. The fact that an emotional damage is legalized as a matter of prestige indicates a lack of legal regulation. In other words, it only addresses the issue of defamation.

Although the legal environment is inadequate, this does not mean that courts will not rule compensation for damages because the Civil Procedure Code stipulates that “a court must not refuse to hear a case on the grounds that the legal norm governing the dispute is ambiguous”. In this sense, the current practice enables a judge to decide on such issues based on his or her inner conviction.

The Universal Declaration of Human Rights provides for the restoration of violated rights and compensation for damages. It has been a long time since the declaration was adopted in 1948 and Mongolia ratified it. Mongolia is obligated to fulfill its international commitments.

According to the practice of other countries, emotional and physical damages compensations are regulated by Civil Code, Tort Liability Act and Labor Law. These regulations generally provide for maximum and minimum compensations for physical and emotional damages, and within this framework, the court determines the value of compensation based on evidence and circumstances. There is also a good international example of the government setting up a compensation fund to restore victims’ rights. A methodology for evaluating emotional damage is tabulated and the amount is determined in detail in other countries.

Particularly, in accordance with the Finnish and Swedish Criminal Liability Act, compensation is between 10,000 EUR and 30,000 EUR for sexual exploitation and between 200 EUR and 500 EUR for emotional damage against immunity since emotional damage can become a removal or reduction of the burden of suffering, even it’s not much.

BILL TO ADDRESS EMOTIONAL DAMAGE IS UNDER PREPARATION

The above-mentioned international examples can be reflected in Mongolian legislations. The Ministry of Justice and Internal Affairs of Mongolia is doing just that. It is receiving proposals and recommendations from the public for developing a bill on forensic analysis to regulate compensation for emotional damage.

The bill contains 82 articles with detailed regulations such as definitions of legal terms, principles of forensic analysis, grounds for forensic examination, database of analysis, its use and protection, forms of analysis, features of certain types of analysis (including for emotional damage), analysis of the human body and analytical organizations.

In particular, Article 39 of the bill sets out special requirements for psychiatric assessment, while Article 40 provides for an assessment of psychological damage. Under the bill, an analytical body will be able to issue a conclusion on emotional damage caused to a person as a result of crimes specified in 42 articles of the Criminal Code.

The analytical body will take into account a number of factors when determining psychological damage. For instance, Article 40.2 of the bill contains the following provisions:

Moreover, the bill stipulates that the analytical body should be composed of specialists. But it will perform all kinds of forensic assessments. In other words, there will be no special unit to deal with emotional damage during criminal proceedings.

Some lawyers suggested setting up a special unit of professionals, such as lawyers, psychologists and experts, to assess the extent of emotional distress. It is possible to measure emotional damage by having a unit in the forensic organization.

In general, the bill does not specify how to compensate for emotional damage. There is a need to reflect it in detail in the bill. For instance, there are many problems in Mongolia in restoring the dignity of victims and compensating for psychological damage. However, the bill does not contain provisions addressing this issue in practice. Therefore, this should be reflected in the Civil Code and the bill on forensic analysis. The country needs an independent law, such as Tort Liability Act, to fully address this issue. The Law on Property Valuation should determine how to assess intangible losses as well, not only tangible assets. 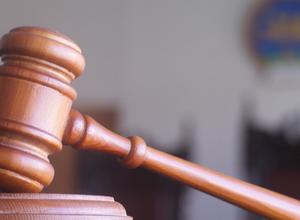 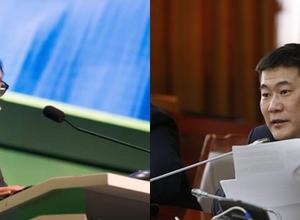