The seesaw of meat prices 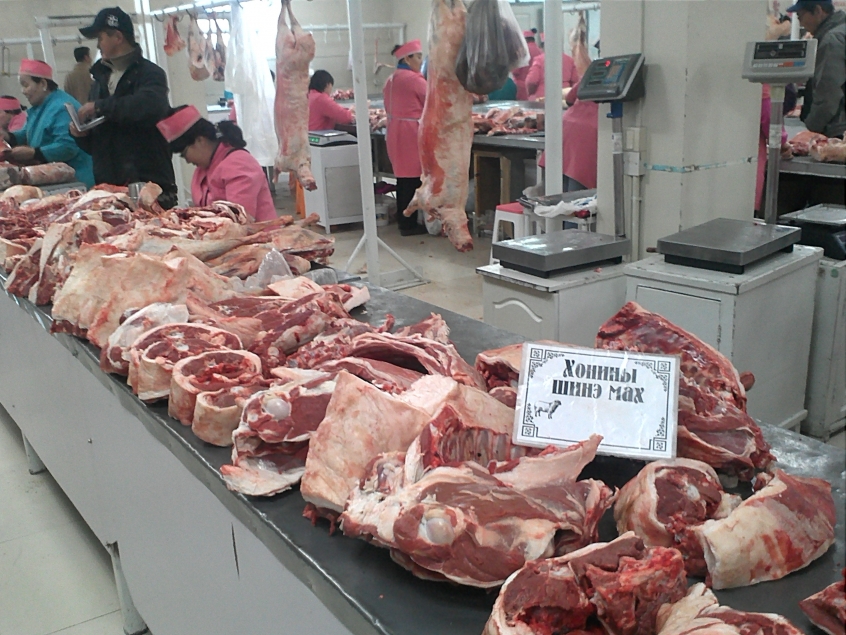 Meat prices have skyrocketed once again. In just ten days, prices for all types of meat suddenly increased by 1,000 to 1,500 MNT per kg. Mongolians have had the luxury of eating plenty of meat as meat prices have been relatively low in recent months. The cost for a lamb carcass dropped to 3,500 MNT per kg at the beginning of 2016, surprising consumers with long awaited good news. But, it seems that consumers got used to these low prices, resulting in their immediate frustration and complaints when news of rising meat prices broke out. In truth, meat prices are returning to what they were three years ago. Prices actually aren’t going through the roof. Now, a kilogram of goat meat costs 5,500 MNT, a kilogram of lamb costs 7,500 MNT, and beef costs 8,500 MNT per kg at the Khuchit Shonkhor food market, which is known to be the cheapest market in Ulaanbaatar. If you can remember, meat prices were 500 MNT higher two years ago than current prices. There was a time when the cost of a kilogram of beef exceeded 10,000 MNT at Khuchit Shonkhor. Some people explain the sudden price increase as the “natural course of life”. Meat prices surge every spring in Mongolian markets. The reason is very simple. “Prices have increased due to a scarcity of meat” is the normal response meat suppliers give. This time is no different, and meat suppliers are giving the same explanation. The state used to stock up on meat to prevent a sudden price increase resulting from a low supply. The state didn’t reserve meat this year, causing the extreme rise in meat prices. Still, the public is full of hope for a price drop. From 2013 to 2015, Mongol Bank used to run a program to stabilize the prices of consumer goods. Meat was reserved all year round and supplied to the market in spring when there’s a low supply of meat. Mongolia used to reserve 14,000 tons of meat annually, managing to overcome spring’s low meat supply. Also, the state enacted a policy to increase the livestock population and increase provisions that impact meat prices. In 2015, Mongol Bank handed over its price stabilization program for consumer goods to the government, and the state took charge of preparing meat reserves and regulating the market. The Ministry of Food and Agriculture also developed the Meat Program to support domestic meat suppliers and exporters with concessional financing of 100 billion MNT. Had the program been approved, Development Bank would have provided concessional loans to people in the meat industry, not to mention stocking up on a significant amount of meat. A representative from Mongol Bank stated that meat prices wouldn’t have increased so rapidly if meat had been reserved, and pointed out that the Mongolian Meat Association should have enforced the price stablization program. Mongolia typically faces a meat shortage from April to June. Experts say that Mongolia will not encouter a meat shortage this year as a result of herders slaughtering a larger than average number of livestock last fall as a precaution against a severe winter.

Meat section in Khuchit Shonkhor market[/caption] The Ministry of Food and Agriculture announced last year that herders were planning to slaughter 15 million livestock, and that 10 million livestock would fully supply domestic needs. The ministry also supported exporting 100,000 tons of meat from the remaining five million livestock. However, the amount of processed meat from livestock didn’t meet domestic demand, making it impossible to export a large amount of meat. So where is all this processed meat now? Meat from five million livestock is probably enough to feed the whole population of Mongolia for half a year. As stated by the ministry, a relatively large number of livestock was slaughtered for meat and most of the meat was not exported, which means that Mongolia shouldn’t be facing a meat shortage at the moment. If there’s no shortage, meat prices shouldn’t be rising. According to rumors being spread at trade centers, meat distribution centers have a lot of meat reserves. Vendors believe meat prices will decrease in the near future. It’s unclear where and how much meat is stored. Ts.Tsetsegdari, who is in charge of meat products and production at the Ministry of Food and Agriculture, spoke about this matter. “There isn’t any statistical data on this. We will provide more clarity once the Statistical Office releases agricultural statistics. We will make the amount of available meat known after checking meat warehouses,” he said. Within the framework of the program to stabilize prices for consumer goods, a loan of 80 billion MNT was provided for building warehouses. Currently, the capacity of warehouses for meat storage exceeds 80,000 tons, meaning warehouses have adequate capacity. However, the price of meat depends on whether or not meat is being stored in warehouses. Meat distribution centers in Mongolia have their own system and structure, and determine the operations of the meat market. For many years, authorities have been considering closing down distribution centers and transferring the control of the market to producers, but it hasn’t happened yet. This is mainly related to state policy. The state doesn’t consistently attempt to eliminate the distribution center system. The Ministry of Food and Agriculture claimed in 2010 that it would open 12 meat processing plants that meet sanitation standards and enable herders to skip the process of selling their livestock to meat distribution centers. Six years have passed since then, but not a single meat processing plant has been built. The ministry announced that it would complete the project through a loan from the Chinese government amounting to one billion USD. Recently, the ministry announced that the financing will be provided soon and that 12 new meat processing plants will be built around Mongolia. Establishing these plants will undoubtedly destroy the system of distribution centers. Distribution centers greatly impact meat prices. Herders sell their livestock to distribution centers, and after butchering the meat, it is sold to different distribution centers affiliated with trade centers. Afterwards, the meat is sold to retail or trade centers, and finally reaches consumers. The price increases at every stage. A kilogram of beef currently costs 11,500 MNT at the most expensive trade market in Ulaanbaatar, Mercury, and it costs 8,500 MNT per kg at the cheapest trade center, Khuchit Shonkhor. As you can see, there’s a difference of 3,000 MNT thanks to the number of stages the meat has to pass through to reach each trade center. According to a study, meat prices increase by 3,000 to 4,000 after going through four to five distribution centers, until it’s sold to the final consumer. If meat processing plants are built, meat can be supplied through one simple stage before being sold to consumers. This will also make it possible to maintain cheap meat prices. However, we have no choice but to reserve meat to prevent even higher meat prices at the moment, because meat processing plants haven’t been established.
SHARE
Share on Facebook
Tweet on Twitter
Previous article White-naped cranes from the land of the rising sun
Next article Code of ethics for medical professionals omits accountability provisions 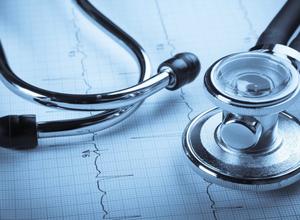