Sometimes when a trip is unexpected, it is full of adventures and challenges. In true form, I didn’t actually plan anything at all. I made some preparations the day before travel and went to Khuvsgul Province in the northern part of Mongolia, particularly East Taiga. The only concrete in my mind was curiosity about Taiga. In the end, the trip left me full of unforgettable memories, where I overcame many obstacles and understood the life of the people in Taiga.

It rained all night, and it continued to rain in the morning on the first day of my trip. I was feeling like my heart had already gone to Taiga, while I was going to the bus station. I wondered how the city was “tearful”. I got on the bus and left the city at 9:30 a.m. and I arrived in Murun city of Khuvsgul Province at 5:30 a.m. the next day, I was greeted by a beautiful scene of the local mountains. As the Naadam holidays coincided with my trip, I visited Murun city, Ulaan-Uul and Tsagaan Nuur soums’ Naadam festivals and felt the beauty of the authentic rural Naadam. It was interesting that there were no exotic things compared to the city festival.

After more than 10 hours driving on bumpy, muddy mountain roads, we finally arrived at Tsagaannuur soum, the home of the Tsaatan, or the reindeer herders. School children had already come to the village from Taiga Mountains to see Naadam and the village was bustling. The next day, we took a drive for 30 kilometers to local guest house, the farthest point we could reach with a vehicle.

Our local guide Erka and his brother Daimaa were waiting for us with the horses we would ride on. It was such a difficult challenge for me to travel 60 kilometers on horseback, because this was the first time I rode a horse. While I was busy marveling at the magnificent mountains and crystal clear rivers of this region, the continuous downpour had rendered the soil moist and swampy, so it was not very suitable for riding. Some horses stumbled a lot. We rode through the Taiga Mountains for 12 hours and reached a Tsaatan tribe. The life of the Tsaatan people depicted in the movie “Sodura” was completely different from reality. Most of the people were seen wearing casual clothing, not traditional ones. There were more than 15 families living. They are known as the mountain nomads.

On my second day at Taiga, we explored the surrounding areas, woods, mountains, and nature, and went to Urtun Khyarkhyn Waterfall, which is located a kilometer from the Tsaatan tribe. Residents of Eastern Taiga were spending the summer in the area for the first time in 28 years. So only a few people have seen this 25-meter tall waterfall. The loud noise from the waterfall was deafening yet soothing somehow. After walking to the waterfall, we tried to milk a reindeer. Only half a liter of milk is produced by a reindeer per day at maximum. On the same day we visited other families of the tribe, experiencing their lifestyle and culture. While visiting them we gave some children’s books and candies to their kids.

While we were making our dinner, local resident Gerlee visited us. She introduced herself and all the families in East Taiga. She said that in the last few years, the Tsaatan people have been trying to earn through tourism. They rent horses, reindeers, provide guide services to travelers, and sell handmade souvenirs and necklaces made from reindeer horns and stones. Also, they prepare the teepees for accommodating travelers, which is a major source of income for locals. The Mongolian government gives a monthly welfare of 70 USD for adults, 30 USD for kids to sustain Tsaatan people’s life. However, they face the bigger issue due to low population, which is inbreeding. Gerlee said, “People in Western Taiga and Eastern Taiga often marry each other. But Tsaatan people live in harmony with nature some of them are related by blood. Because we are a national minority. As a result, young Tsaatan people are moving to the city. There is a high risk of Tsaatan life extinction in the future. We speak Tuva, we are Tuva people. Furthermore, the Tuva language may become extinct.”

She also jokingly begged the vising girls to stay there for marriage. It reminded me that the problem is dire for the Tsaatan people. Noting the Tsaatan people have the power to induce hypnosis, she asked everyone to revisit Taiga. According to her, a
woman who had worked in the US for 14 years had stayed in Taiga to marry a Tsaatan man due to hypnosis. It sounds like a joke, however it shows that these people are in a desperate situation. Gerlee noted that locals are reluctant to use hypnosis as it can have negative repercussions on the future generations.

The next morning, on the way back to Murun city. We arrived in Murun city, reentering our modern world with internet, television, mobile reception and warm shower. It was good to return to the modern world but on the other hand, it was sad to leave the place where we were disconnect from everything, with no worries about the toils of modern busy life. In Taiga, the
only thing were preoccupied was the nature, where we were privileged to immerse ourselves in a rare culture and enjoy our trip.

One common disparity between the Taiga people and city folk is their daily schedule. They sustain life using everything nature provides for them. Mongolians are spiritual but you will see more of it in Taiga, where every tall mountain is believed to be imbued with a spiritual force, one yet to be understood fully. For them, tomorrow will likely resemble what today was like and there is a certain joy in that routine. Mornings start with the milking of reindeers, after which reindeers are released to roam and graze. Reindeers have been the main source of livelihood for the Tsaatan people for many centuries. As nomads, they are not the biggest fans of solitude. Every now and then, they visit neighbors to catch up or just to socialize. One Tsaatan person’s concerns will be shared among all locals. Some may call this a brotherhood or solidarity, but for Mongolians, it is a law deeply ingrained in our blood.

The sky looked as blue as ever and it introduces new light to a place where life is moved forward by the strength and agility of reindeers. Their capability of carrying 60 to 70 kilograms of load on their back is extremely valuable for the local people.
It’s a common sight for travelers to purposefully travel all the way to the bounds of Khuvsgul Lake to witness such extraordinary lifestyle.

It should also be noted that most locals are sufficiently educated and aware of how others live outside their bubble in Taiga. High schools are already erected in their local settlements, and students are gradually increasing in number. As kids mature,
Taiga high school kids have begun producing reindeer skin deels, which is extremely valuable and pricy in the city. The new trends are now silk and other luxury textiles, due to their comfort and quality. But to the Tsaatan people, luxury and flashy trends mean little as they prefer function over form.

This is the life of certain individuals -- waking up to face the chilly breeze and having the close companionship of animals. It’s a way of life that unites people with nature, the way it was for many generations. Nothing pollutes the environment, nothing is wasted. For them, hurting Mother Nature is tantamount to flaying their body. Humans and nature are one to the Tsaatan people, and harmony with nature is their quintessential value. 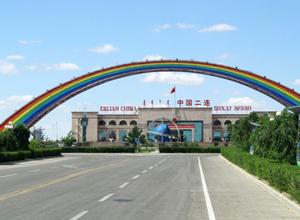 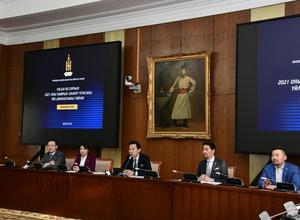 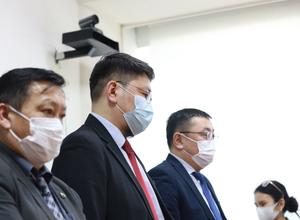 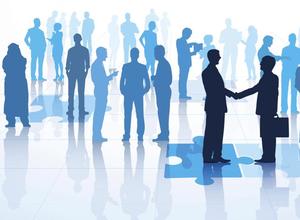