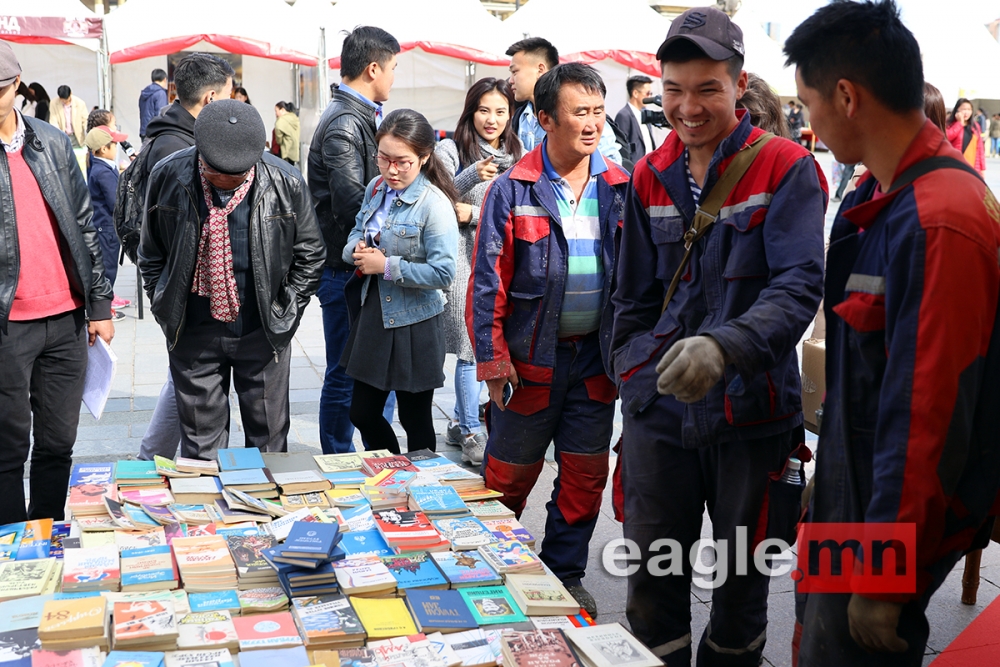 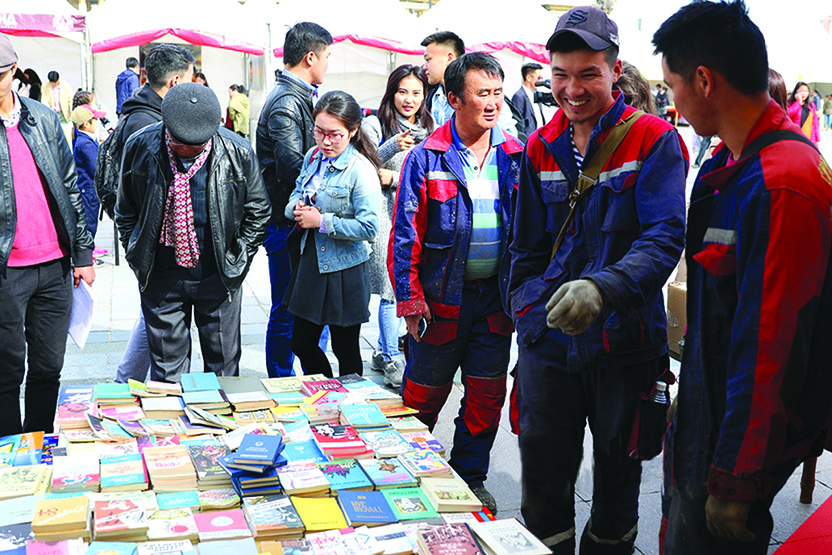 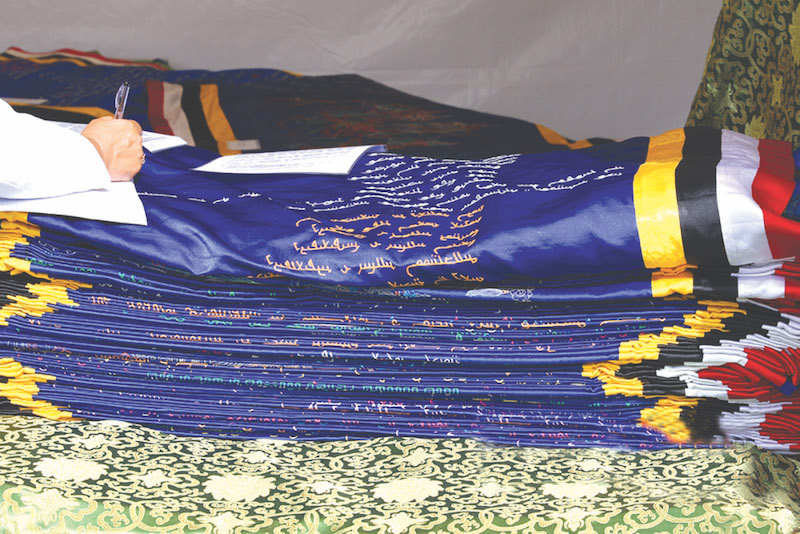 The annual Ulaanbaatar Book Fair was organized at Sukhbaatar Square on September 16 and 17. This year’s special display was “The Secret History of the Mongols” embroidered on a 180-meter silk.

“The Secret History of the Mongols” embroidered on a 180-meter silk[/caption] In 2012, President of Mongolia Ts.Elbegdorj issued a decree to organize the Ulaanbaatar Book Fair on the third Saturday of September. Head of the Office of the President Ts.Bayarsaikhan, Minister of Education, Culture, Science and Sports J.Batsuuri, Cultural Merit Worker G.Akim, and other officials participated in the opening ceremony. Ts.Bayarsaikhan said during the opening, “It is very nice that Mongolians have been organizing and participating in the book fair. Reading a book is the biggest intellectual investment.” An international book exhibition, “Let’s Talk about Books and Drink Coffee” event, and “Reading Celebration” were organized during the book fair. A children’s drawing contest, book award competition, book signings, and honorary event for senior readers also took place. During the opening ceremony, fourth grade student of School No. 52 N.Oyunbileg was awarded the Top Book Reader prize. “I read almost 10 books. My grandfather bought me some books from the Ulaanbaatar Book Fair. I like reading with my dad. I chose books to read with my dad,” she said upon receiving the prize.
SHARE
Share on Facebook
Tweet on Twitter
Previous article The special world of land spirits, ‘Savdag’
Next article ‘Soyombo’ exhibition brings 17th to 19th century art for view